The basics of lane splitting on your motorcycle

While the practice is common in other countries, here in the U.S., lane splitting is either explicitly or implicitly illegal in most states. These decisions fall under individual state legislatures’ jurisdictions. Where lane splitting is legal, the guidelines are likely developed in conjunction with the highway patrol or state police, along with the state motor vehicle division.

Here’s a look at several states with current or prospective laws that could impact your ability to lane-split as you ride:

California is currently the only state to have fully legalized lane splitting. Then-governor Edmund G. Brown, Jr. signed California assembly bill 51 (AB-51) into law on August 19, 2016. To quote the bill:

“lane splitting” means driving a motorcycle, as defined in Section 400, that has two wheels in contact with the ground, between rows of stopped or moving vehicles in the same lane, including on both divided and undivided streets, roads, or highways.

Since the guidelines direct both enforcement of the law and education of the motoring public, this has been a significant victory for California motorcycle riders—and potentially a model for other states.

While lane splitting isn’t currently legal in Utah, a lane-filtering law has been in effect since 2019. Keep in mind, lane filtering isn’t the same as lane splitting, as we discuss below. But when drivers become used to filtering, it can help them see the benefits in reduced congestion that legal lane splitting can provide.

Currently, lane splitting isn’t legal in Connecticut. However, a proposed bill that broadly covers lane splitting—“(permitting) the operator of a motorcycle to operate between lanes of traffic”—is awaiting action. If passed, this bill may become a precursor to more specific legislation.

When any way has been divided into lanes, the driver of a vehicle shall so drive that the vehicle shall be entirely within a single lane.

As of late 2021, the Oregon Legislative Assembly has Senate Bill 574—which would legalize lane splitting in certain circumstances—on its legislative agenda. For the time being, however, lane splitting isn’t legal in Oregon.

Efforts to legalize lane splitting in Texas have been active since at least 2015, but all proposed bills have failed to move beyond the Senate Transportation Committee.

The purpose and benefits of lane splitting

When done safely, lane splitting can benefit both motorcycle riders and other drivers. It helps motorcyclists reduce their risk of being rear-ended, as they can move from a stopped lane of traffic and flow forward between slow or stopped traffic. And since a motorcycle occupies the same lane space as a car, in bumper-to-bumper traffic, lane splitting can help reduce congestion.

As long as you’re riding in a state where lane splitting is legal, here’s how to do it safely:

It’s important to understand the differences between lane splitting and lane filtering. Lane filtering is a technique specifically intended for intersections with traffic lights. You “filter” your way between stopped vehicles to reach the front of the line at a red light. This helps reduce the space your motorcycle occupies in the stopped traffic lanes.

When the light turns green, your motorcycle’s rapid acceleration allows you to move ahead and merge back into the traffic lanes. Of course, there’s always a chance another driver runs the red light, so be sure to check the cross traffic before advancing.

The hazards of lane splitting

While lane splitting is often safer than requiring motorcycles to sit in lanes of stopped traffic, it’s not without risks, including:

Whenever you ride in a state where lane splitting is legal, review this guide and follow the best practices outlined here. It’s up to all of us to set a positive, safe example as riders. We’re here to help.

Lane splitting isn’t the only element of riding that varies by state. Check out your state’s motorcycle insurance requirements to ensure you’ve got the coverage you need.

Dairyland® is affordable insurance that works for you.

No matter what journey you’re on, we’re all driving down the same road. And we’re here to help protect you when you need us most. For decades, customers like you have trusted Dairyland® for:

Contact Montgomery Insurance Agency, LLC today to experience the Dairyland® difference for yourself. 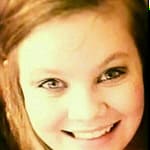 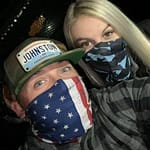 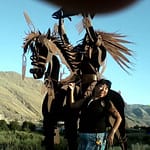 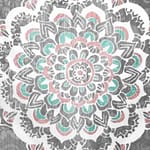 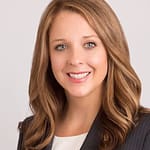